Why are tyres black?

Any car driver, passenger or pedestrian knows that tyres are typically black. But, have you ever wondered why? Why does everyone go for the generic black look instead of something more exciting such as red or green?

While the very first tyres were created from bands of iron placed on wooden wheels of carts and wagons, the first rubber car tyres which were invented in 1895, were in fact white. So why are these white tyres not around today? 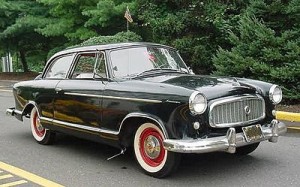 Although the natural colour of rubber is a milky white, the black colour we see was originally caused by soot. The soot was thought to increase the durability of the tyre along with cotton threads, which were inserted in order to reduce heat and increase stability.

However, the main reason for black tyres on cars today, is the chemical compound ‘carbon black’. It is used as a stabilising chemical, which is combined with other polymers to create the tread compound of a tyre. Once added to the rubber, carbon black increases the strength and durability of the tyres, which is understandably seen as a desirable trait for tyre manufacturers and car drivers. One way carbon black expands the lifespan of tyres is by conducting heat away from parts of the tyre that tend to get particularly hot when driving, such as the tread and belt areas. Carbon maintains the quality of tyres by protecting them from UV light and ozone, which are known to deteriorate tyres.

Not only do the black tyres increase strength and durability, they also largely affect the safety of your driving. Having stronger, long lasting tyres means you will have a more reliable drive. Tyres could be considered the most important part of your vehicle as they affect almost every performance factor from handling and acceleration to braking and ride comfort. It therefore comes as no surprise that black tyres are the most popular manufactured today. 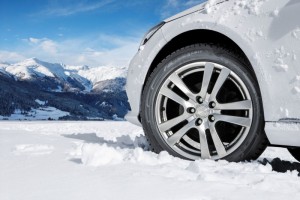 When it comes to looks, although black may be considered boring, they are definitely easier to clean. They are therefore more practical than the white wall tires or fully white tires which are sometimes seen to be more luxurious, particularly on classic cars.

While some novelty cars with colourful tyres might exist, they aren’t considered suitable for daily driving. The plain black tyres, though they may seem dull, are chosen for a very important reason; tyre durability and road safety.

Which driving personality are you?

How Well Do You Know Your Movie Cars?

Winter tyres in a nutshell

Winter tyres in a nutshell: benefits, regulations and the ideal time frame Winter is well and truly here. With the temperatures...

The confusion over what to look and feel for when routinely checking tyres for signs of conditions is not unfamiliar. So, we have...

The EfficientGrip Performance prototype with Electric Drive Technology is Goodyear’s latest step in developing tyres that...